Amsterdam is the capital of Netherlands, The city is also the cultural capital of the Netherlands. Amsterdam has a population of 851,373 within the city proper, 1,351,587 in the urban area, and 2,410,960 in the Amsterdam metropolitan area. With its universities, academies, and research institutes, along with more than 40 museums, numerous theaters, and entertainment venues, Amsterdam is the country's leading cultural center.It is known for its artistic heritage, elaborate canal system and narrow houses with gabled facades, legacies of the city’s 17th-century Golden Age.The metropolitan area comprises much of the northern part of the Randstad, one of the larger conurbations in Europe, with a population of approximately 7 million.Amsterdam is considered an alpha world city by the Globalization and World Cities (GaWC) study group. The Amsterdam seaport to this day remains the second in the country, and the fifth largest seaport in Europe. Amsterdam is the financial and business capital of the Netherlands, currently one of the best European cities in which to locate an international business. Amsterdam is ranked fifth in this category and is only surpassed by London, Paris, Frankfurt and Barcelona. Many large corporations and banks have their headquarters in Amsterdam, including Akzo Nobel, Heineken International, ING Group, ABN AMRO, TomTom, Delta Lloyd Group, Booking.com and Philips.

Amsterdam is one of the most popular tourist destinations in Europe, receiving more than 4.63 million international visitors annually. Amsterdam has many parks, open spaces, and squares throughout the city that includes Vondelpark, the largest park in the city, Oud-Zuid an open-air theatre, Dam Square, the main town square and has the Royal Palace and National Monument. Museumplein hosts various museums, including the Rijksmuseum, Anne Frank Museum, Van Gogh Museum, Rembrandt House Museum and Stedelijk Museum a permanent collection that consists of works of art from artists like Piet Mondriaan, Karel Appel, and Kazimir Malevich.  Other squares include Muntplein,  Leidseplein, Spui, and Waterlooplein. The city also features a large number of open-air markets such as the Albert Cuyp Market, Westerstraat-market, Ten Katemarket, and Dappermarket.  Amsterdam is famous for its vibrant and diverse nightlife. Famous festivals and events in Amsterdam include: Koningsdag, the Holland Festival for the performing arts; Amsterdam Gay Pride; The Cannabis Cup; and the Uitmarkt. The yearly Holland Festival attracts international artists and visitors from all over Europe and West Church most popular church in the city. The port of Amsterdam is well worth spending a pleasant hour or two joining a cruise around the harbor and canals.

Amsterdam has an oceanic climate strongly influenced by its proximity to the North Sea to the west, with prevailing westerly winds. Both winters and summers are considered mild, Frosts mainly occur during spells of easterly or northeasterly winds from the inner European continent. nights rarely fall below −5 °C (23 °F). Summers are moderately warm with a number of hot days every month. The record extremes range from −15.4 °C (4.3 °F) to 34.5 °C (94.1 °F). 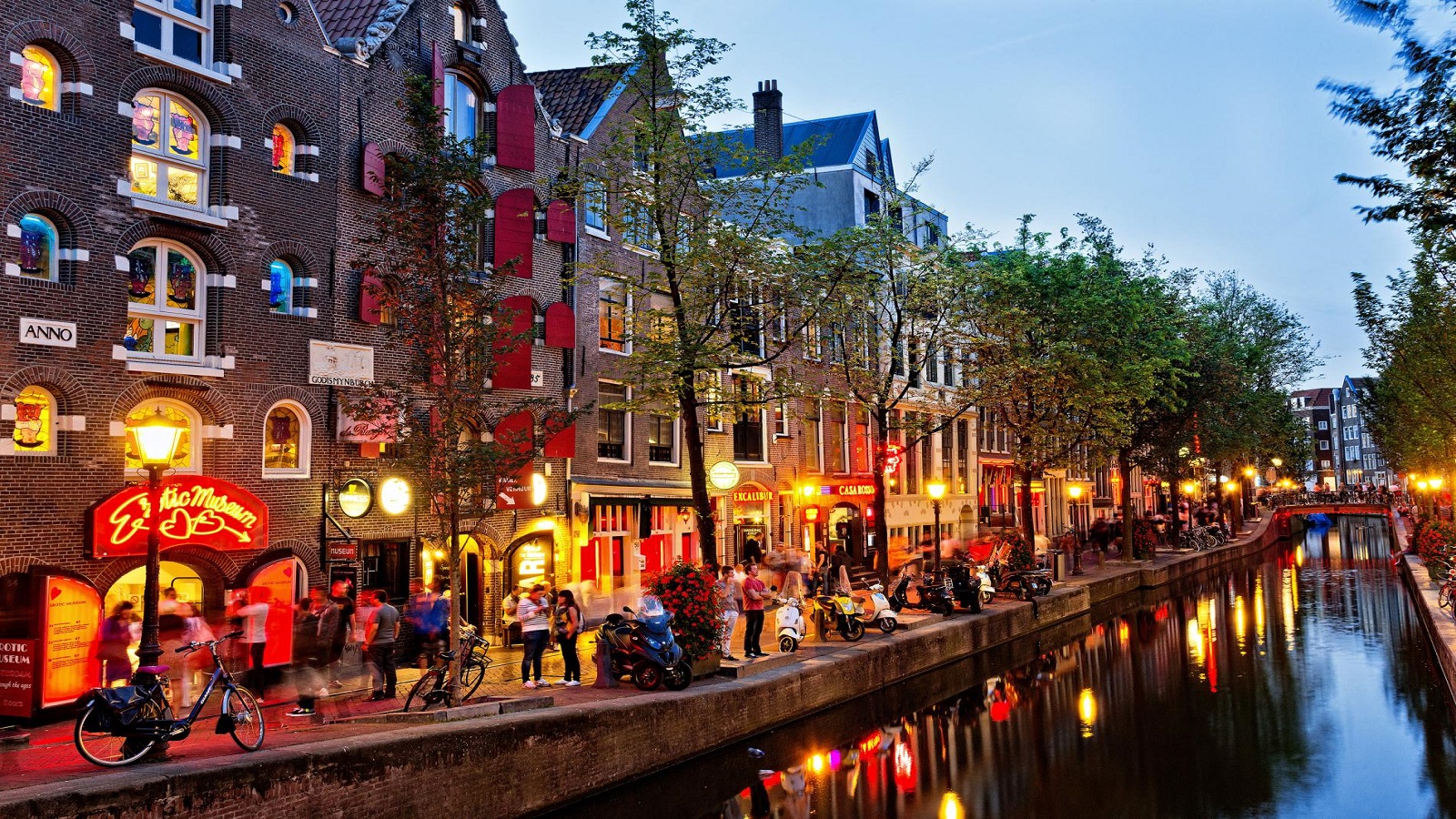 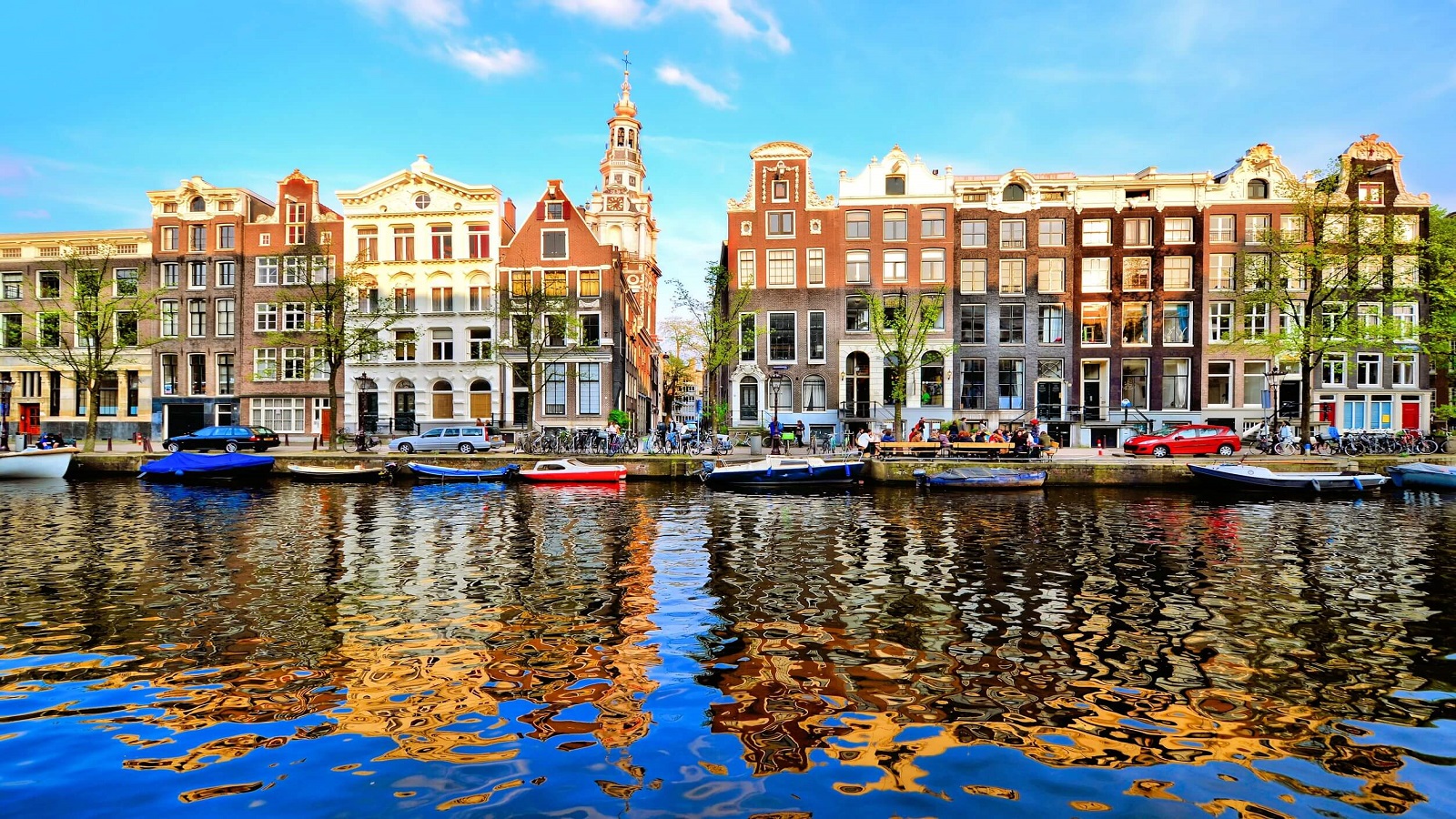 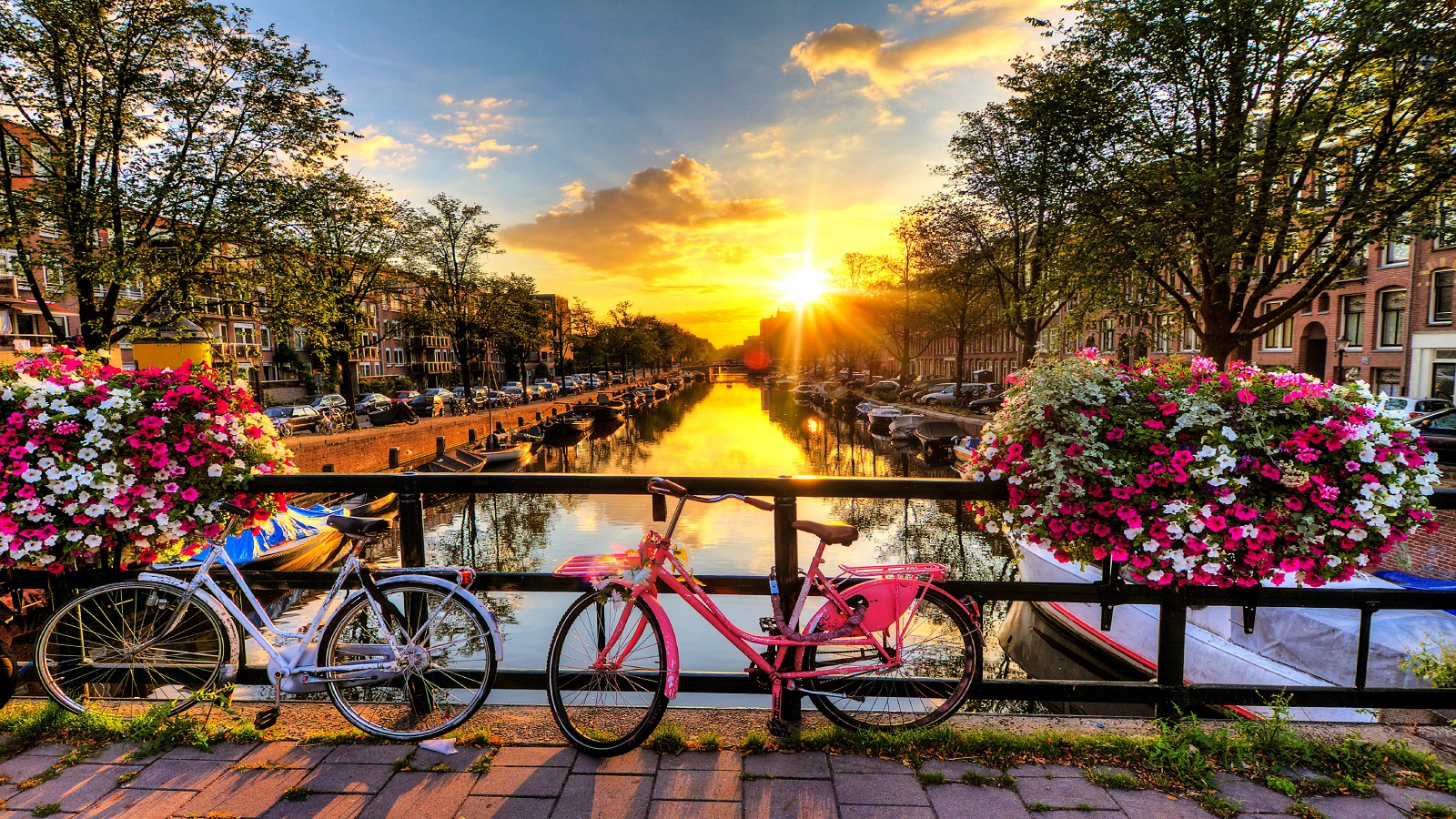